Any resemblance to actual catmen, living or dead is purely coincidental. We’re pretty sure this is a different Catman.  “Catman Catman Catman!” by lanval9 is licensed under CC0 1.0.

Well, folks, it’s that time of year again when the weather starts getting a bit chillier, the leaves start turning colors, and ghosts and goblins start appearing all along the Gulf Coast. If you’re planning a staycation, a road trip, or a weekend getaway to the Gulf States this October, join Stuckey’s as we take a look at the spirits of the season.

On September 8, 1900, the deadliest hurricane in American history made landfall in Galveston, Texas, destroying the city and killing 6,000 of its citizens. As it battered the shoreline, 10 nuns and 93 children in the St. Mary’s Orphan Asylum tethered themselves together in unsuccessful attempt to save their lives. Only three of the children survived, though a local newspaper, the Liberty Vindicator, said they were “bruised and scarred and crippled.”

In 1994, a Wal-Mart was built on the same site where St. Mary’s once stood, and store employees say that the children still roam around the area today. Sometimes they’ll hear children laughing or toys being played with though there is no one around. One employee even heard a girl crying out for her mother only to find neither a girl nor her mother.

Could it be the ghosts of the orphaned children who never got the chance to grow up after the Great Galveston hurricane? Find out for yourself the next time you’re in Galveston.

Locals say that if you go down to the Manchac Swamp in the Acadiana region of Louisiana at night, you might just spot the Rougarou, a cryptid monster with a human body and the head of a wolf – that is, if it doesn’t find you first.

The werewolf-like creature first appeared in France and followed the French Acadians (Cajuns) to Louisiana, where locals say that the creature with razor sharp teeth and glowing eyes attacks Catholics who don’t follow the rules of Lent.

Perhaps most frightening, however, is the fact that some locals a believe that the Rougarou is a result of some genetic disorder where the creature is triggered by something – a full moon, the smell of blood, the sight of raw meat – that sets the change from man to monster in motion. If that is, indeed, true, then it could be just about anybody – your next door neighbor, your friendly neighborhood grocer, or even the local Catholic priest.

All we can say is, whether it’s All Hallows Eve or the observance of Lent, be nice to the locals when road tripping through the Acadiana region of Louisiana. You never know who (or what) is watching you.

The next time your Gulf Coast road trip or family vacation takes you to the shores of Biloxi, keep your eyes open for something that’s been the stuff of local legend for over 200 years – the “Firewater Ghost.” The Firewater Ghost is a supernatural blue light that has been moving across Biloxi Bay between Biloxi and Ocean Springs – years before the invention of Edison’s electric light bulb. A witness who first saw the light back in 1892 said that he and his brother were rowing a skiff in Back Bay at two o’clock one morning when, all of a sudden, a blue light appeared out of nowhere in front of them. Traveling quickly about a foot above the water, the light crossed Biloxi Bay to Ocean Springs and disappeared.

So, what is this mysterious blue light? Well, no one knows for sure, but most who have seen the Firewater Ghost believe it to be some kind of ghost who, with lantern in hand, keeps watch over the waters of Biloxi Bay.

There’s a trail called Catman Road that runs through the Alabama Gulf State Park and the origin of its name is really legendary.

Back when Native Americans were the main population of people to live along the Gulf Coast of Alabama, they used to have an annual Great Cat Hunt. The night before the hunt, the tribe’s medicine man would concoct a serum that, with just one sip, would give the hunters remarkable strength and stamina. One young hunter, however, tried to get one over on the rest of the group by sneaking into the medicine man’s tent and drank the whole bottle of the potent serum. As the legend goes, the young man was last seen on the morning of the hunt running away with a pack of wildcats.

Ever since that young warrior ran off with those big cats, there have been sightings of a “Catman” – a part cat, part man hybrid – in the area. Even today you’ll hear fishermen tell tales of the “Catman” stealing their bait and then running back into the woods. Another witness claims to have seen the Catman drown an alligator that was getting ready to attack a wildcat.

If you want to get a glimpse of the Catman for yourself, then take a hike along Catman Road in Alabama Gulf State Park… and maybe carry a can of tuna.

Finally, we enter the Florida Everglades, home to the elusive cryptid known as the Skunk Ape. It’s also often called the “cousin of Bigfoot” because of its similarities to the ape-like, hairy bi-pedal creature of the Pacific Northwest.

However, though it’s covered in a reddish brown hair like its cousin, the Skunk Ape is much smaller than the 10- to 15-foot-tall Sasquatch, reaching average heights between five and seven feet. It also has a very foul smelling odor said to resemble that of a skunk, hence its name. “Bigfoots Hangout” by Richard Elzey is licensed under CC BY 2.0.

If you’re planning a visit to the Florida Everglades area of the Sunshine State’s Gulf Coast, maybe you can get a glimpse (or even a whiff) of the notorious Skunk Ape. Stop by the Official Skunk Ape Headquarters in Ochopee, Florida, for all you need to know about the big stinking monkey-man. 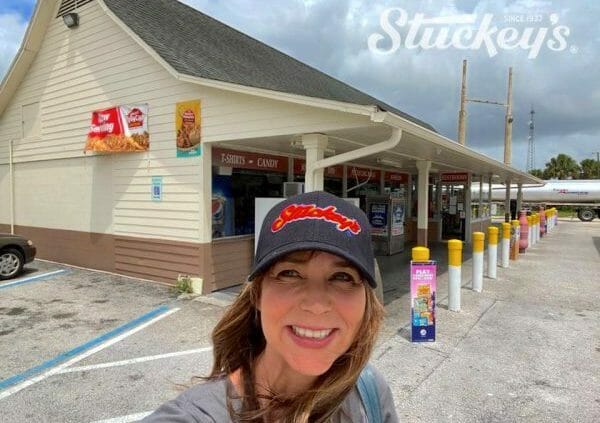 So, that’s just a few of the weird goings-on along America’s Gulf Coast. Go to www.gogulfstates.com for more fun things to see and do this Halloween in the Gulf States.

And whether you plan to visit this Halloween or any other time of the year, be sure to take some Stuckey’s along with you. 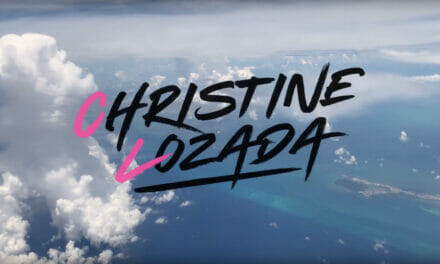 Where in the World Is CL?: Channel Intro